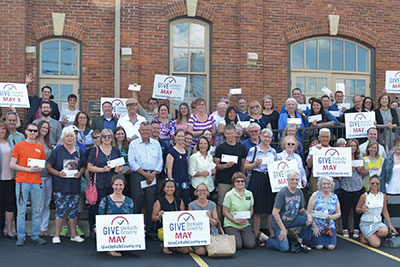 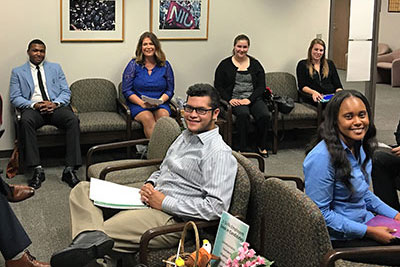 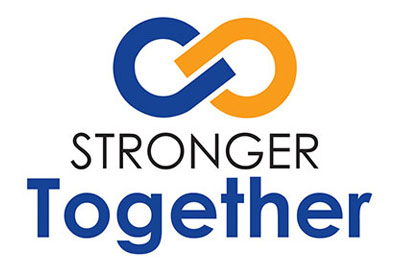 As a program of the DeKalb County Community Foundation, the DeKalb County Nonprofit Partnership (DCNP) provides training, collaborative fundraising, and leadership development with the belief that nonprofits are stronger together.

Thank you to the 131 donors who contributed to the Stronger Together campaign! Through your generosity, we successfully raised $286,267 toward the goal. Including the generous dollar for dollar match provided by the Douglas C. and Lynn M. Roberts Family Foundation and other contributions received, a total of $647,534 in support came through for the DeKalb County Nonprofit Partnership (DCNP).

The Stronger Together campaign’s goal was to grow the DCNP Endowment Fund, started in early 2018, to a total of $2 million. The Community Foundation committed $1 million as a sign of its dedication, along with additional contributions from donors excited to provide core support to DCNP. At the start of the campaign, the DCNP Endowment Fund was valued at approximately $1.4 million, leaving $600,000 left to go. The Douglas C. and Lynn M. Roberts Family Foundation generously offered a dollar for dollar match up to $300,000 for donations and pledges made through December 31, 2018. Thanks to this generosity, the Community Foundation embarked on a time-sensitive campaign in September 2018 with a goal of $300,000.

Donate to the DCNP Endowment Fund >

*David & Suzanne Juday made a donation to help support DCNP core operating expenses for the next three years while the endowment fund grows.

DCNP offers training, collaborative fundraising, programs, and leadership development designed to strengthen nonprofits that ultimately enhance our quality of life in DeKalb County. A few highlights since 2014 include:

The dollar for dollar match expired on 12/31/2018, however, donations to the Stronger Together campaign can still be made by check, online, gift of grain, and/or appreciated stock. Questions and pledge inquiries can be directed to Executive Director Dan Templin at 815-748-5383 or dan@dekalbccf.org.

“The DeKalb County Nonprofit Partnership is a proven asset worthy of your donation. We are pleased to participate in the challenge grant and encourage your participation.”

“We’re excited to help support this unique program that builds the capacity of nonprofit organizations.”

“DCNP is an invaluable partner to our nonprofit community, offering education, collaboration, resources and leadership so important to our continued work in providing the very best for our County’s citizens.”

“I can honestly say, I wouldn’t be where I am today without my experiences as a DCNP intern.”