Make a donation directly to any Fund at the Community Foundation in a few easy steps.
Donate Online! 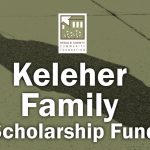 Announcing the Keleher Family Scholarship Fund. This new Fund benefits a graduating senior from Sycamore High School. Students applying for this scholarship must attend Sycamore High School, have a need for financial assistance, demonstrate a history of community involvement, and plan to attend an accredited college, university, or trade school..

Ken recalls his years of pursuing a higher education challenging and a financial burden. He and his family wish to pass along a lasting legacy of love and support for the community. The Keleher family has more than one Fund established at the Community Foundation. They believe in the Foundation’s mission to enhance the quality of life in DeKalb County. 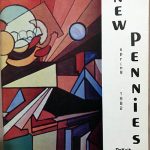 First published in 1937, New Pennies has a long history of excellence. The National Council of Teachers of English honored the magazine with numerous superior and highest rankings. In addition, it was the first high school magazine in the nation to be inducted into the National Scholastic Press Association’s Hall of Fame for having earned 10 All-American Pacemaker Awards in 11 consecutive years in 1991.

Two local DHS alumni who had been involved with New Pennies as students established this Fund to help students and staff restore the magazine to its former level of excellence. The founders hope to ensure that current and future DeKalb High School students have the same valuable experiences they had in planning and producing a high quality magazine and in sharing their writing and artwork with the community. 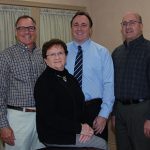 Announcing the Schelkopf Family Fund. As a donor advised fund at the Community Foundation, the Fund allows the Schelkopf family to provide grants to causes that align with their charitable interests in the community.

Russell and Bernie Schelkopf moved to DeKalb County in 1959 when Russell set up his veterinary clinic in Sycamore. Together they raised three sons, Michael, Charles and Steven. As the boys grew older, all three decided to remain in DeKalb County.

After Russell’s passing in 2011, the family held monthly meetings to discuss family business, including philanthropy in the community. Agriculture was a big part of the family’s lives. Giving back to the community that supported agriculture careers was an important ideal for the entire family.

“Our parents have a great admiration and respect for the Community Foundation and the impact it has on our area,”said Charles Schelkopf. “We all agreed that creating a Fund here would be a great tribute to the legacy of our parents.”

Announcing the Caryl Steimel St. Mary’s DeKalb Scholarship Fund. The Fund provides two scholarships of $1,000 each, awarded to a boy and girl entering the 4th or 5th grade at St. Mary Catholic School in DeKalb. The scholarship was created by Roger Steimel to honor the memory of his late wife.

Caryl was born October 9, 1941 and passed away on August 31, 2018. She was a nurse at St. Mary Hospital in DeKalb before devoting her life to raising her children with Roger on the family farm in rural DeKalb. She had a strong faith in God, was an active member of St. Mary Catholic Church, and a long-time member of the choir.

“St. Mary’s was very important to Caryl,” said Roger. “Our children and grandchildren attended the school, which inspired her to support St. Mary’s in many ways. This scholarship is another way for Caryl’s faith and support to continue.” 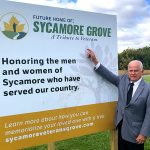 Sycamore Mayor Curt Lang and the all new Sycamore Grove.

Announcing the Sycamore Grove – A Tribute to Veterans Fund. This Fund will serve as a way for interested citizens to make donations in support of a memorial grove to honor past, present and future veterans. The memorial will be located along N. Main Street (Rt. 23) and will beautify the entrance to Sycamore, the Sycamore Middle School, and the Sycamore Park District trails. The grove will consist of public green space, trees, and recognition plaques.

The Sycamore Grove – A Tribute to Veterans Fund was created by long-time Sycamore resident and current mayor, Curt Lang. All expense, including signage, will be entirely funded by private donations and paid for out of the new Fund.

“I hope this memorial will be a peaceful location where visitors can reflect on the service, dedication, and ideals of our veterans,” said Mayor Lang.”

Learn more about the Sycamore Grove – A Tribute to Veterans Fund 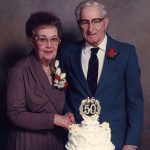 Announcing the Doran and Rose Greif IVVC Pay It Forward Award Fund. This new designated Fund offers scholarship awards to accomplished students studying automotive technology or the culinary arts at Indian Valley Vocational Center in Sandwich. The awards provide students with an opportunity to purchase items needed for classwork and encourages them to set goals for academic and attendance success.

This Fund is named in memory of Doran and Rose Greif who lived their entire married lives in Sandwich. Both left their mark on their community.

“My parents believed it was important to pay it forward and help people accomplish their dreams,” said Denise Curran, daughter of the Greif’s. “It is our hope that this scholarship will do just that, allow high school students to achieve their dreams.” 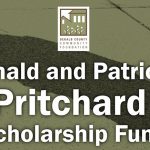 Announcing the Donald and Patricia Pritchard Scholarship Fund. Awarded annually, the scholarship benefits a high school senior in DeKalb County who plans to attend the University of Illinois College of Agriculture, Consumer, and Environmental Sciences (ACES).

The scholarship is named for Donald and Patricia Pritchard who have strong ties to DeKalb County even though life and work have led them to live in several other states. Both Don and Patricia know the value of a college education, having worked in various capacities in the university system. They know, because of their experiences with many students over the years, how education can contribute to a successful future.

“Our desire is to encourage success in both college and life for these students,” said Don. “We understand the overwhelming costs of higher education and want to help. Someday, we’d love to see these scholarship recipients pay it forward and return the generosity to another U of I student.”

Learn more about the Donald and Patricia Pritchard Scholarship Fund