Norlings Leave a Lasting Impact on Education in Sandwich

Norlings Leave a Lasting Impact on Education in Sandwich 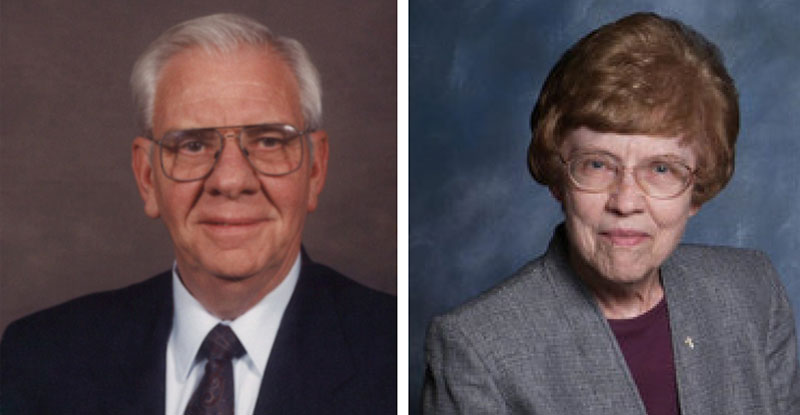 The DeKalb County Community Foundation is honored to announce the Jack E. Norling and Norma E. (Rex) Norling Fund. This new Designated Fund provides financial support to the Indian Valley Vocational Center (IVVC) as well as to the Sandwich School District #430. This philanthropy will provide an annual distribution for each organization to use where it’s needed most.

Jack and Norma Norling were long-time residents of Sandwich, Illinois, a community they loved and cherished. They met while attending Northern Illinois State Teachers College, today known as Northern Illinois University, and were married on December 26, 1953.

Jack graduated from Northern Illinois State Teachers College with a master’s degree in education. He served in the United States Army from 1953-1955. After serving in the Army, Jack taught in the Industrial Arts Department of Sandwich School District #430. He also served as the acting director of Indian Valley Vocational Center. Later in his career, Jack worked as principal agent and president of Rex Agency, Inc. in Sandwich. Jack was a member and past chairperson of the DeKalb County Board, a member of Salem Evangelical Lutheran Church in Sandwich, an active member of the Sandwich Lions Club serving in several leadership positions, and served on the Board of Directors of The Sandwich Fair Association.

Norma graduated from Sandwich Township High School in 1950 and went on to earn a bachelor’s degree in science from Northern Illinois State Teachers College in 1953. Norma taught elementary school in Sycamore and Sandwich for 15 years. She then became a piano teacher, giving lessons in the piano studio in her home. After Jack’s death she worked at Rex Agency, Inc. for several years. Norma served for 51 years in the Music Ministry of Salem Evangelical Lutheran Church. Norma was a member of the Sandwich Lions Club, Alpha Chapter of Delta Kappa Gamma, several music organizations, and worked at the Sandwich Fair for many years.

“Jack died in April of 1991 and Norma in January of 2019. According to Norma’s sister, Nancy Rex, “The Jack E. Norling and Norma E. (Rex) Norling Fund was created to honor the legacy of Norma and Jack and note the importance of education in their lives. The Fund will provide support for continuing the important work of educating students in the Sandwich School District and Indian Valley Vocational Center.”

Donations to any Fund at the Community Foundation, including the Jack E. Norling and Norma E. (Rex) Norling Fund, can be made online, or by mail to the DeKalb County Community Foundation, 475 DeKalb Avenue, Sycamore, IL 60178. For questions or additional information on Funds, please contact Executive Director Dan Templin at 815-748-5383 or dan@dekalbccf.org.