Grants Available for Nonprofits Who Serve the Underserved 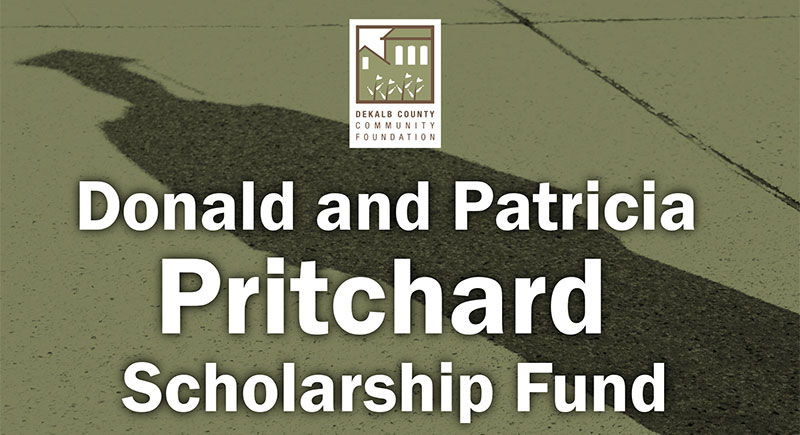 The DeKalb County Community Foundation is pleased to announce the Donald and Patricia Pritchard Scholarship Fund. Awarded annually, the scholarship benefits a high school senior in DeKalb County who plans to attend the University of Illinois College of Agriculture, Consumer, and Environmental Sciences (ACES).

The scholarship is named for Donald and Patricia Pritchard who have strong ties to DeKalb County even though life and work have led them to live in several other states. Don was born and raised in DeKalb County on a dairy and grain farm. He spent 11 years participating in 4-H and worked on several projects which won both state and national awards. After high school, Don moved on to Champaign, IL where he graduated from the University of Illinois College of ACES, with B.S. and M.S. degrees from the Department of Dairy Science. After earning a Ph.D. degree from Michigan State University, he became a faculty member at The Ohio State University, where he served for 25 years in various extension, teaching, and administrative positions. Don then retired to North Carolina and for 13 years, served as an Extension Specialist in the Animal Science Department of North Carolina State University. He now enjoys spending time gardening, reading, and living a slower pace of life with his wife.

Patricia grew up on a small farm in Ohio, caring for animals and learning to appreciate the country life. She graduated from The Ohio State University with a major in horticulture, then proceeded to earn her M.S. degree from Michigan State University, majoring in plant pathology. She worked for several years as an Integrated Pest Management Extension Specialist for the North Carolina State University and later returned to graduate school where she earned a Ph.D. degree in Entomology. She enjoys gardening, cooking, reading, studying a foreign language, and playing with their puppy.

Both Don and Patricia know the value of a college education, having worked in various capacities in the university system. They know, because of their experiences with many students over the years, how education can contribute to a successful future.

“Our desire is to encourage success in both college and life for these students,” said Don. “We understand the overwhelming costs of higher education and want to help. Someday, we’d love to see these scholarship recipients pay it forward and return the generosity to another U of I student.”

Donations to any fund at the Community Foundation, including the Donald and Patricia Pritchard Scholarship Fund, can be made online at dekalbccf.org/donate, or by mail to the DeKalb County Community Foundation, 475 DeKalb Ave., Sycamore, IL 60178. For questions or additional information on funds, please contact Executive Director Dan Templin at 815-748-5383 or dan@dekalbccf.org.

Make a Donation to the Donald and Patricia Pritchard Scholarship Fund