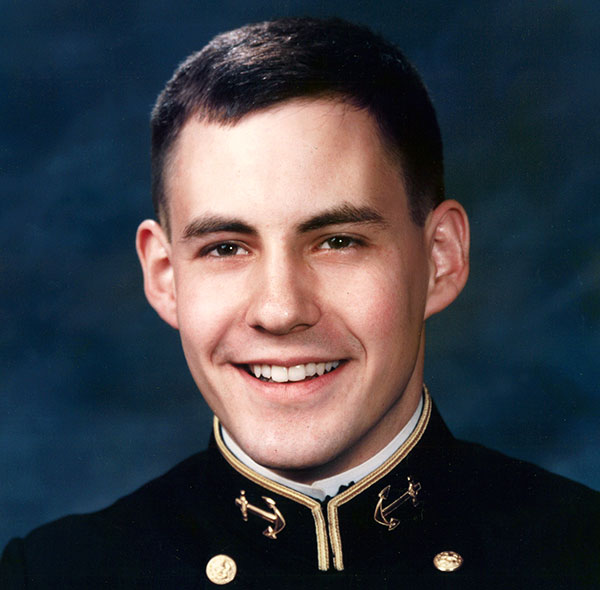 The DeKalb County Community Foundation is honored to announce the Jeffrey A. Trail Memorial Fund. This Fund provides an annual scholarship to a recent high school graduate from DeKalb County who has been accepted to attend one of the five U.S. service academies. The student will receive an additional scholarship award each year that he or she continues at the academy. Completion of the four-year undergraduate program would result in total assistance amounting to $5,000.

Jeffrey A. Trail was the son of Stanley M. and the late B. Ann Trail. He was born in DeKalb, IL on February 25, 1969. Jeff spent his formative years in DeKalb and graduated from DeKalb High School in 1987.

Following his freshman year of high school, he attended a summer program for high school students at the department of aviation, Southern Illinois University – Carbondale. At the end of the program, Jeff was able to fly solo in a single engine airplane. When he returned to DeKalb, he was hired at the DeKalb airport, which helped him complete the ground school and flight requirements needed for his pilot’s license. After becoming a licensed pilot, he flew whenever he could. While in high school he participated in forensics, was a member of the National Honor Society and of the Science and Math Club. He took several undergraduate mathematics courses at Northern Illinois University and had many downhill skiing adventures.

During Jeff’s senior year at DeKalb High School he applied for admission to the United States Naval Academy. His application was initially denied because of a suspected asthmatic condition. He appealed the decision and continued knocking on the door until they let him in. Jeff entered the Academy on July 1, 1987 having been formally appointed by Senator Paul Simon. In his last year, he was the Fourth Battalion Adjutant. Jeff greatly valued his years at the Academy and in June 1991, he graduated and was commissioned Ensign in the United States Navy.

Jeff continued his professional military education at the Surface Warfare Officers School Pacific in San Diego, CA. Upon completion he was assigned to the USS Gridley, CG 21, which was deployed to the Persian Gulf during the First Gulf War. While on the Gridley, he qualified and was designated as Surface Warfare Officer. He was promoted to Lieutenant, Junior Grade (LTJG) in May 1993.

After his experience on the Gridley, Jeff joined Assault Craft Unit One at the Naval Amphibious Base in Coronado, CA. He became a department head there and was promoted to Lieutenant. In June 1995, after serving his commitment, he moved on from active duty with the Navy.

Jeff was a manager at a propane gas distribution company in Minneapolis, MN when he died suddenly on April 27, 1997. He was 28 years old.

Those close to Jeff have described him as hardworking and family oriented. They say he had a virtue about him; it was a genuineness that could not be bought. Jeff was often referred to as one of the good guys. He was a great cook and enjoyed karaoke. Jeff also had a serious side and was extremely responsible and conservative. He is loved and missed by many.

“The goals for the Fund are to honor our son and to encourage recent high school graduates from DeKalb County to consider entering one of the U.S. service academies,” said Stan Trail, Jeff’s dad.

Make a Donation to the Jeffrey A. Trail Memorial Fund