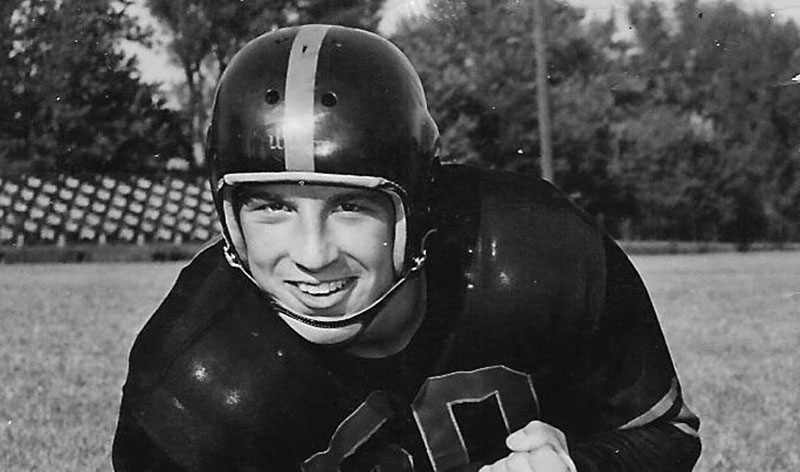 The DeKalb County Community Foundation is honored to announce the Donald “Tank” Anderson Memorial Fund. The fund will serve two functions, the first is to support the activities of the DeKalb Wrestling Club and second is to fund the Donald “Tank” Anderson Memorial Scholarship. The scholarship will be awarded to a graduating DeKalb High School student who has participated in the wrestling program for four years, attained a minimum 3.0 GPA, proven leadership skills, and a record of giving back to the community.

This Fund is established in memory of Tank Anderson, a DeKalb native, Army veteran, and retired fire fighter. In high school, he excelled at football, being named a two-time all-conference and a special mention all-state player. He was also an all-state performer in track and field for the shot put. After high school, he attended the University of Illinois for two years and then chose to enlist in the Army, participating in the Army Security Agency, stationed in Japan. According to Anderson, he “jocked” his way around Asia while in the service, playing baseball, basketball, football, and whatever other sports (including tiddlywinks) he could find. After the military, he returned to DeKalb and married his sweetheart, Dee Marsh. Anderson involved himself in DeKalb fast pitch softball for years, representing several different teams and achieving many accolades in that sport.

Anderson discovered his love of wrestling through his sons who participated in the sport in the late 1980s. After this experience, Tank and some friends decided to establish the DeKalb Wrestling Club. The founders’ goal for the club was to build on and broaden the wrestling program in DeKalb. Anderson believed the club would give kids in the community a chance to participate in something positive, keeping them busy and developing them for future success. After its founding, he worked tirelessly in his retirement years to raise funds and foster the club’s financial and philosophical future.

“The primary purpose of the fund is to perpetuate Tank’s life-long focus on volunteerism and his avid support of DeKalb wrestling,” said Darin Anderson, Tank’s older son. “My dad was one of the founders of the DeKalb Wrestling Club and believed it was a great way to offer young people a chance to be involved with a positive influence.”

Donations to any fund at the Community Foundation, including the Donald “Tank” Anderson Memorial Fund, can be made online, or by mail to the DeKalb County Community Foundation, 475 DeKalb Ave., Sycamore, IL 60178. For questions or additional information on funds, please contact Executive Director Dan Templin at 815-748-5383 or dan@dekalbccf.org.

Make a donation to the Donald 'Tank' Anderson Memorial Fund