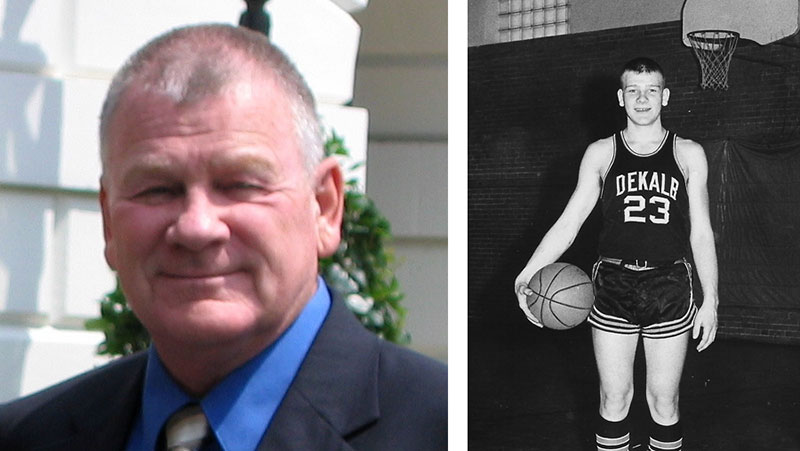 Gregory B. Widerberg in 2018 and during his high school basketball years playing for DeKalb High School.

The DeKalb County Community Foundation is honored to announce the Gregory B. Widerberg Memorial Scholarship Fund. The new scholarship will be awarded on an annual basis to a graduating DeKalb High School senior majoring in education. Pictured above: Gregory B. Widerberg in 2018 and during his high school basketball years playing for DeKalb High School.

Greg Widerberg was born (1947) and raised in DeKalb, IL, along with his four siblings. In 1954, something historical happened in the Widerberg family when Greg’s dad, Willard, was named Illinois Teacher of the Year and then National Teacher of the Year. This honor led to an appearance on the Ed Sullivan Show, the Don McNeil Breakfast Club, and several articles in the DeKalb newspapers. The grand highlight was a trip for the Widerberg family to the White House to meet President Eisenhower. Greg was six years old at that time and received a small gift from the President, a small leather bound notebook with Eisenhower’s name in gold on the cover.

Throughout school, Greg participated in sports including football and basketball in which he received honors and held scoring records. After graduating DeKalb High School, Greg attended Northern Illinois University, where he majored in physical education. While attending college, he met the love of his life, Carol, and the two eventually married after graduation. As a teacher, Greg taught PE and coached football and basketball. During the last 5 years of his career, Greg taught adaptive P.E. to children with special needs from pre-school to high school. He would visit up to 15 schools during the week, teaching all grade levels. Out of his 32 years as an educator, he enjoyed these years of teaching the most.

Upon retirement, Greg and Carol moved to Florida to enjoy the warmer weather and have year-round access to his favorite sport, golf. Greg was a single-digit handicap golfer and had the experience of scoring a hole-in-one three times. The Widerbergs enjoyed traveling to many beautiful locations throughout the world and although they never had children of their own, they treasured time with Greg’s siblings and their families, spending holidays and vacations together.

Make a donation to the Gregory B. Widerberg Memorial Scholarship Fund

For questions or additional information on funds, please contact Executive Director Dan Templin at 815-748-5383 or dan@dekalbccf.org 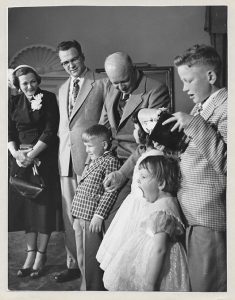 June 1954 McCall’s Magazine story on Greg’s father Willard Widerberg when he was named Illinois Teacher of the Year and then the National Teacher of the Year. This honor led to a trip for the Widerberg family to the White House to meet President Eisenhower. Greg was six years old at that time. 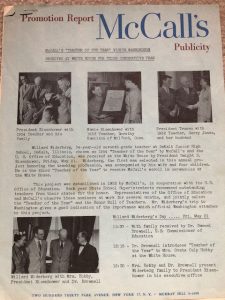 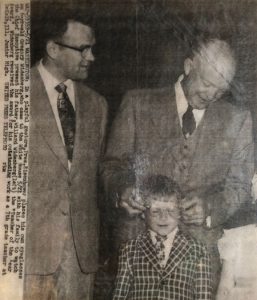