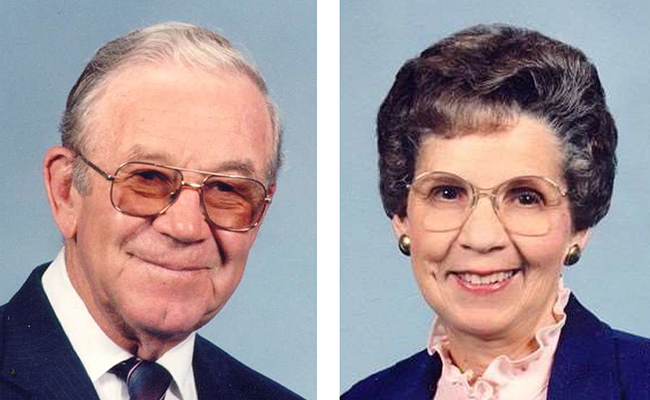 The Kesner’s were truly dedicated to the land, education, and their community. Sheldon, better known as Ted, and Betty were born and raised on farms near Waterman, IL and attended one-room schoolhouses. Ted worked in agriculture related jobs after high school in order to save money to attend the University of Illinois. His college career was cut short due to his enrollment in the military after the start of World War II. Betty attended Cornell College in Iowa and graduated with a degree in music. During a summer break, she recruited Ted to join her church choir and two years later, the couple were married when Ted was on leave from the Army.

Ted and Betty had hearts for giving. Ted was a 4-H leader, member of the Masonic Lodge, active in the Farm Bureau, a founding member of the Waterman Heritage Society, and active in the Waterman United Methodist Church. Throughout her life, Betty actively shared her love for music with her family and community. At the Methodist Church, she played the piano and organ, and directed the choir. At the Waterman Schools, she was accompanist for band and choral contests, and assisted music directors. Betty played concerts at her mother’s retirement home and when she later became a resident at the same facility, she continued to play piano for her Bible study group.

The Kesner’s lived full and rich lives dedicated to the Waterman community. Both were proud to know their scholarships would help ambitious, smart students continue their education and share their talents to enrich the world.