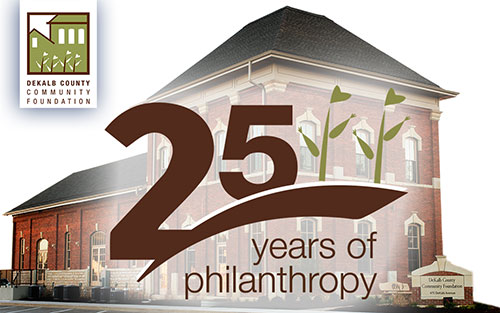 As we approach the close of 2017 and the start of a new year, we grow with excitement…2018 marks the 25th Anniversary (1993-2018) of the DeKalb County Community Foundation! What started as an idea in 1992 has grown to over $50 million in assets through 25 years of donor generosity and endowment.

During 2018 we have several activities planned to celebrate, thank, and give. A few ideas in the works are:

And since 2017 has been a great year of planning, in 2018 we’ll announce our updated Strategic Plan (2018-2020) – shaping the Foundation’s roles and resources to best serve the community and fulfill our mission.