LEARNING OPPORTUNITY! Powers of Attorney: What are they? Why are they important? 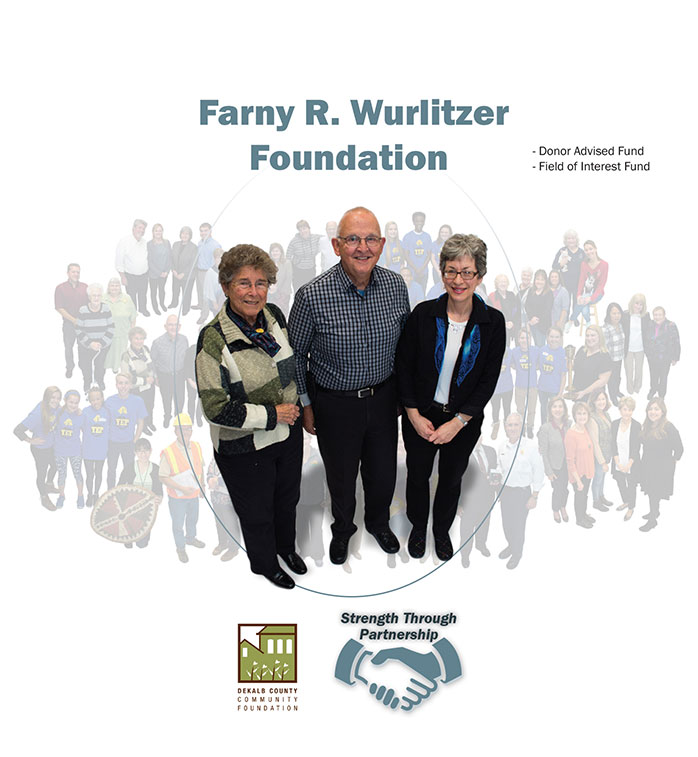 The slogan for The Wurlitzer Company at one time was….’the name that means Music to millions’.  The Company began in the United States in 1856 and was primarily known for its production of premier pianos and organs – both pipe and electric.  At one time Wurlitzer was the largest musical instrument company in the U.S.

The Farny R. Wurlitzer Foundation was established in the 1940’s by Farny and his wife Grace. Farny, who died in the early 1970’s, was the last family member involved with the company. The Foundation began with a mission and focus of providing financial assistance to further music education and performance. The majority of its grantees were in the mid-west, but some support went to other parts of the U.S. In 2014 alone, over fifty Farny R. Wurlitzer Fund grants were distributed in DeKalb County and the greater Chicago area. Applications for grants are made available online two months prior to the March 1 and September 1 grant deadlines.

The Community Foundation is honored to keep the Wurlitzer name alive in DeKalb County by partnering with the Farny R. Wurlitzer Foundation Fund Board of Advisors to continue to ‘mean music to millions’ through its grant support of music and music education projects that are consistent with its original mission.

If you would like to make a contribution to the Farny R. Wurlitzer Foundation Fund or to discuss your own philanthropic interests, please contact Dan Templin, Executive Director, dan@dekalbccf.org or 815-748-5383.

There is Strength Through Partnership!