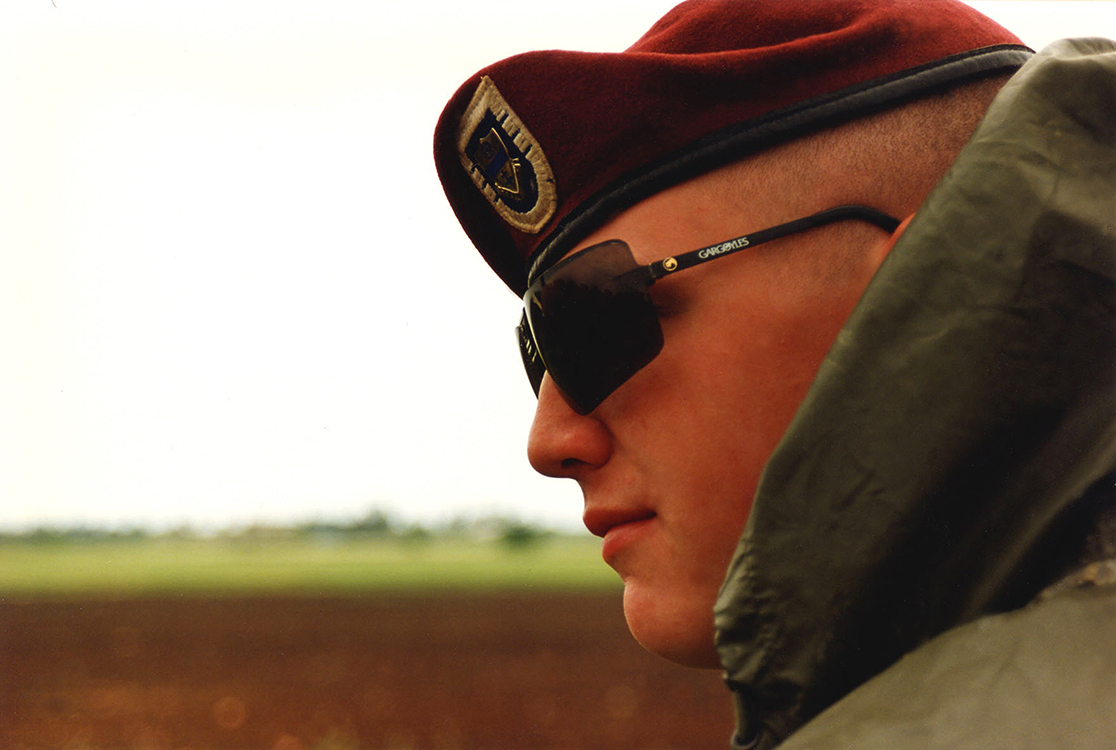 NOTE: In February 2020, the Brian D. Slavenas Memorial Endowment Fund was reclassified as a donor advised fund. The Fund continues to support the charitable interests of First Lt. Brian D. Slavenas who died while serving our nation in Iraq.

Brian was born in DeKalb on December 19, 1972 and graduated from DeKalb High School in 1991. Brian had a well-rounded set of skills and interests. He was a runner in middle school, threw discus in high school, and won a weight-lifting contest in college. In 1996 he was security for the torch at the Olympic Games in Atlanta, Georgia. Brian was a classical pianist, starting lessons at age sixteen. While getting his degree in industrial engineering at University of Illinois at Urbana Champaign (UIUC), he auditioned for and was admitted to the Music School as a classical pianist. During his time at UIUC, he got a pilot’s license, a flight instructor’s license, a commercial aircraft license, and taught flight. Brian graduated from UIUC in December 2002 and was called to active duty shortly after.

Brian was a member of Company F. First Battalion, 106th Aviation Illinois National Guard in Peoria. His passion to fly carried over into the National Guard where he became a licensed Huey and Chinook helicopter pilot for the U.S. Army Aviation Division. On November 2, 2003 near Al Fallujah, Iraq, Brian was killed when a shoulder-fired heat-seeking missile shot down the Chinook 47 helicopter he was flying. The flight engineer said Brian’s last words were, “automatic rotate”, which put the helicopter into emergency mode. While both pilots and fourteen others were killed, twenty of the 36 people on board survived.

In 2009, the Brian D. Slavenas Center for Cross-Cultural Understanding (The Center) was established at the DeKalb Public Library to provide programs, research, and educational materials on world cultures. Rosemarie Slavenas established the Brian D. Slavenas Memorial Endowment Fund at the DeKalb County Community Foundation in order to provide perpetual annual operating support to the Center, which carries on Brian’s spirit of dedication, integrity, humility, and compassion. It is the family’s hope that the Center brings people of all nations and religions together through education and understanding.

“The Center was established in memory of Brian D. Slavenas to provide access to information and broaden our understanding of world cultures,” said Dee Coover, Director of the DeKalb Public Library. “We are profoundly grateful for the gift. The creation of the Center enables the DeKalb Public Library to go beyond our current financial abilities and develop a deep and rich collection of information about domestic cultures, foreign cultures and explore all avenues of information: dance, music, art, and programs.”

DeKalb County Community Foundation Executive Director Dan Templin added, “We are honored to help carry on Brian’s legacy through managing this Endowment Fund in his name. Annual distributions from the Fund will support the Center, which positively influences people in our community who take advantage of its rich set of resources.”

To date there are nearly 300 funds managed by the DeKalb County Community Foundation that benefit the greater DeKalb County community. To contribute to the Brian D. Slavenas Memorial Endowment Fund or to discuss setting up a Fund in honor or in memory of someone special to you, please contact Dan Templin, Executive Director at 815-748-5383.